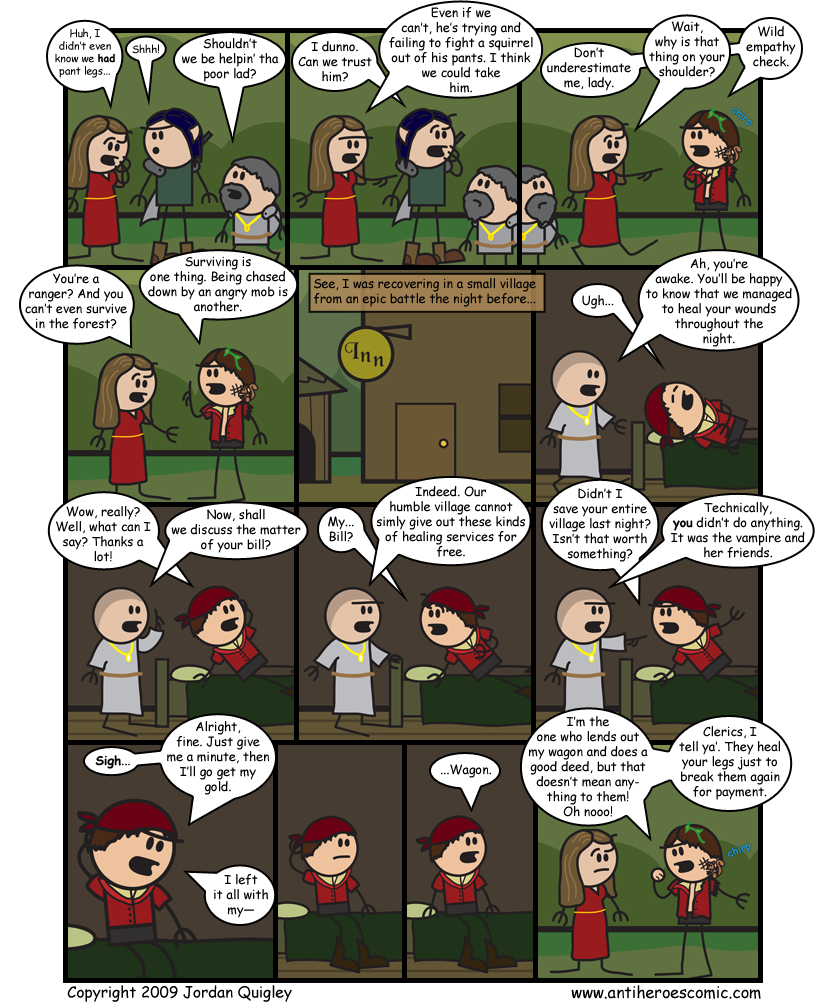 I was determined to get another comic done before December, and I somehow managed. Talk about cutting it down to the wire...

Anyway, I have a bit of a plan now as well. This time last year, I was falling behind in my updates as well, and I decided to take some time off without updates to avoid some of the pressure of working on a deadline and build up a buffer. I only took about a week or two off, but it was enough for me to get ahead again. I've decided that I'm going to do the same again this year, but being that I have far less free time these days, I'm regrettably going to be taking the entire month of December off.

I imagine that some of you will be disappointed, but I really do want to get myself ahead again so I can at least give some semblance of activity around here. I'll still be checking the site, and I might even throw up some filler or other material throughout the month, but I'm putting a hold on actual updates for a month.

So, this is the last update of 2009. Here's hoping I can get things on track for another new year, and in case anyone doesn't come around until then, I'll see you in 2010!