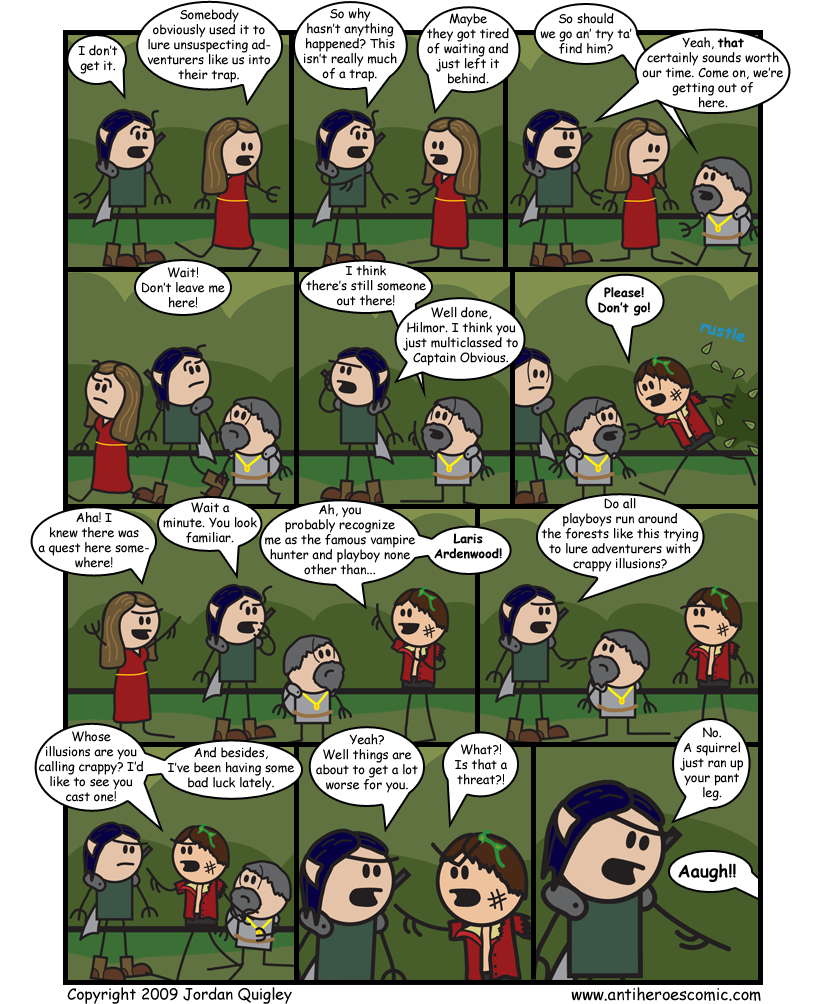 Alright. I apologize for disappearing for over a month. I'll admit, that was pretty stupid of me. So now that I'm back, allow me to comment on some things.

As most of you have probably already noticed, the main banner has changed. I'm ditching the Tues-Thur-Sat update schedule and basically going to an "update when I feel like it" model. The fact is, I can't keep a schedule anymore, no matter how much I try. Since that seemed to be a sour point that I continually heard about, I'm not going to promise any future updates anymore. I'll try not to disappear for another month, but I'm not going to say it won't happen.

Things pile up, and unfortunately, this comic is not a priority. It is and always will be a hobby of mine. If I could make a living from this and this alone, then I would take it much more seriously, but that simply isn't a reality, so it gets pushed to the back shelf a lot of the time. Not to mention, it gets more and more frustrating to have to be at work for eight hours, then come home and know that I have to work for another four to five hours on a comic or I'll have fans snarling at me for updates. Sometimes I need a break, and apparently, they tend to come without warning.

So again, I apologize. Thanks to the readers who have stuck it out, and I'm sorry if any of you have decided to pack it in. However, as I've said before, and will say again right now: Unless I explicitly say that this comic is dead, it isn't. I do tend to disappear for extended periods of time, but that's just me being a jerk.

Anyway, in short, I'm sorry for not updating, I'm getting rid of an update schedule, and here's a new comic.

Now, I have some sleep to get.