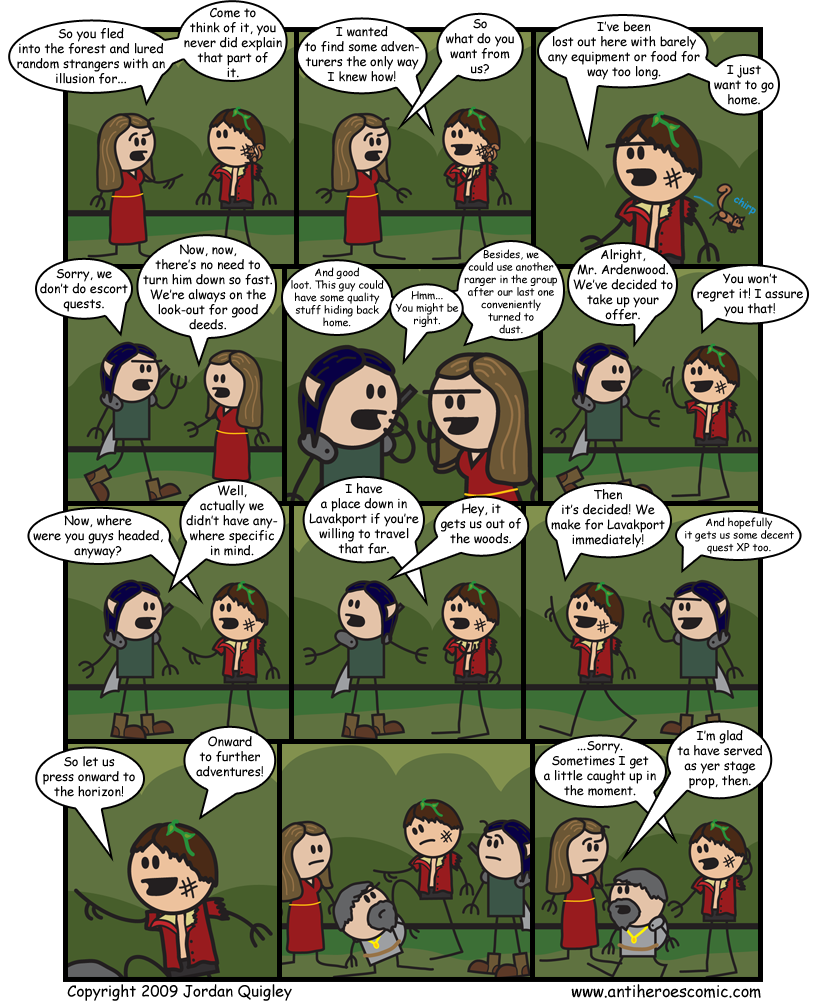 Welcome back to Anti-Heroes! Today marks not only the first day of the new decade, but the second year anniversary of the comic itself. Yes, two years ago today, Lana met her ultimate fate in a humble thread on the Giant in the Playground forums. I never thought for a second that this story would carry on for one year, much less two, and despite some rough seas in the latter half of the year, here we are.

Now, thank you all for being patient with me. I'm sure it was a long wait, but now I'm back. Once again, I didn't get as much work done as I would have liked, but it's a good start, and I have a lot more planned for the near future, so here's hoping I can keep things steady for at least a little while. I'll be aiming for updates twice a week for now, just so you have a heads up.

Anyway, there's not really much else to say. Have a great New Year, thanks for reading and I'm looking forward to another 365 days of Anti-Heroes! Just as Laris said, onward to further adventures!