Anti-Heroes #139: Okay Maybe It Was Four 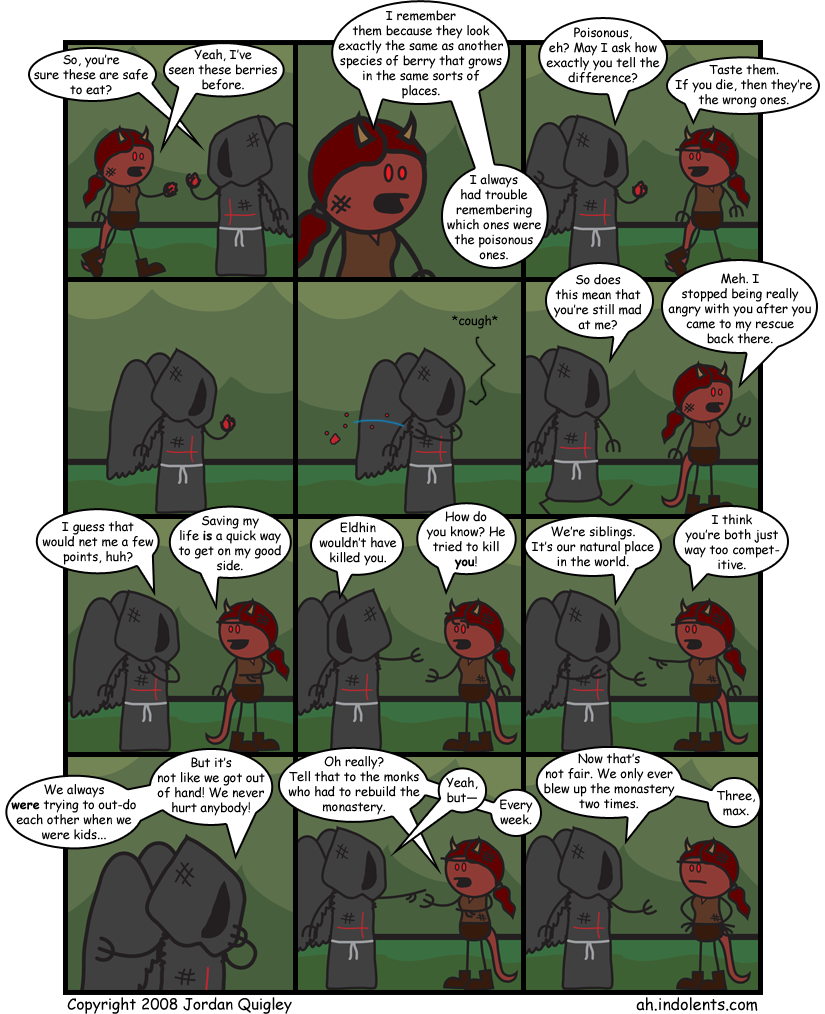 So here we are on Christmas Eve, and I guess this counts as my gift to you guys. I wanted to get this up a lot sooner, but just had too much going on to really find enough time to finish it up. I also have a bit of bad news.

I've decided that I'm going to take a break over the holidays and put the comic on a short hiatus, but not to slack off. I have a lot of work ahead of me for the next section of the comic, and since I'll have some time to work now, I want to take advantage of it. I'm hoping to get as far ahead as I can, both in the writing and comic production, so I can keep up a steady update schedule. I mean, this time last year, I was 10 comics ahead of myself.

Don't worry, I've said it before and I'll say it again; I refuse to let this comic die. It will be returning on January 2, 2009, the first year anniversary of the comic itself. So enjoy your holidays, have a great time, and I'll see everyone in the new year.