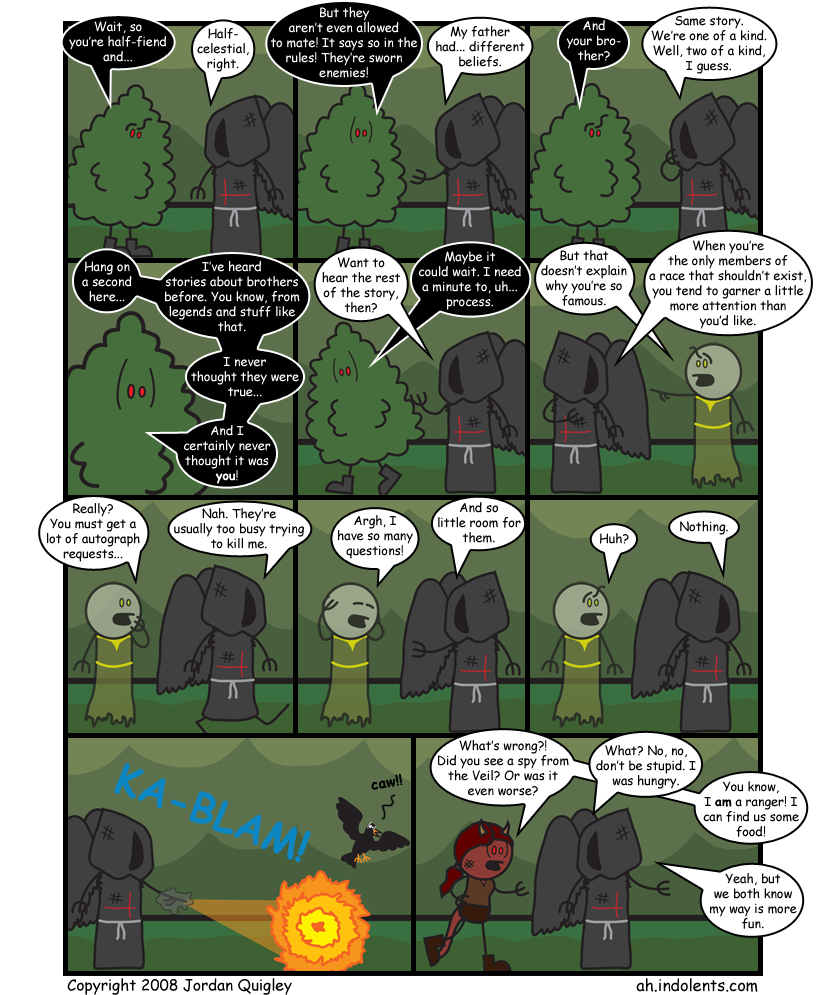 So I've seen a lot of comments asking what Aldran's race is, mostly from people who don't play D&D. So, in order to clear up any confusion: Aldran's race has no name. Like Aldran says himself, no such race is supposed to even exist. Fiends and celestials are sworn enemies and are forbidden to associate, but D&D is a very diverse subject, so there probably is something akin to a half-fiend, half-celestial. However, even if there is, I'm just letting everyone know that Aldran's race is my own creation.

So in short, don't worry if you're not a D&D player and you want all the details. Other than what I offer, there pretty much are none.