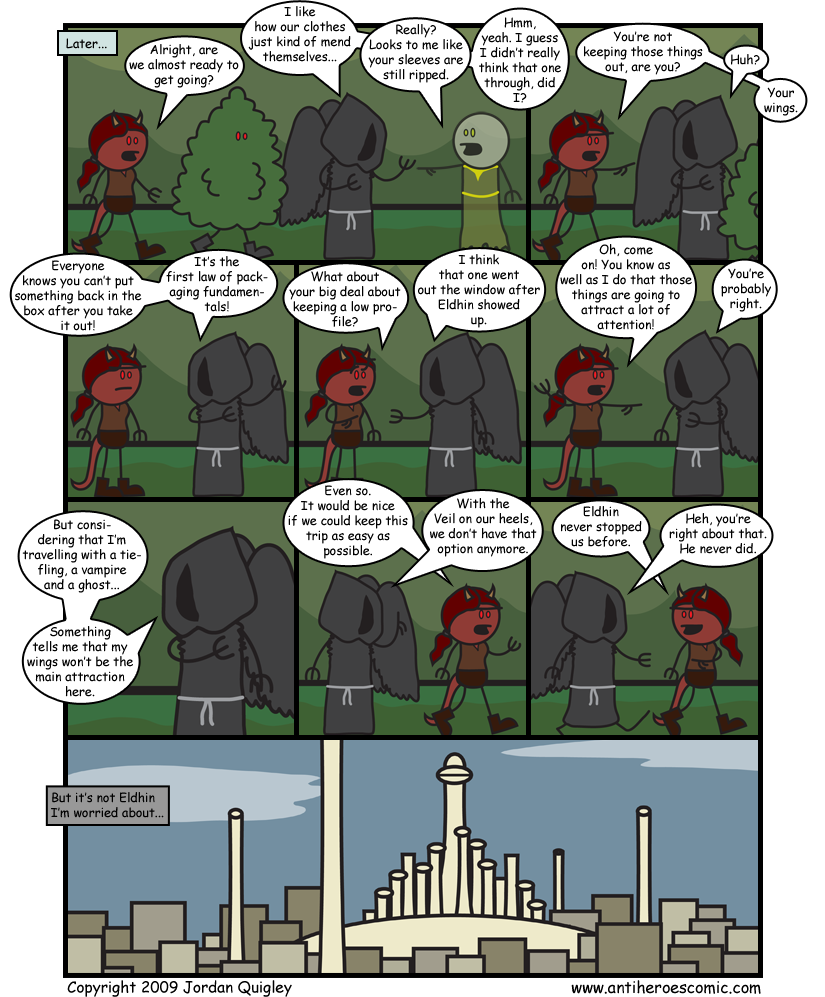 First of all, let me thank everyone for being patient with me. I know it's been a rough month with so few updates, and believe me, I was as frustrated as I'm sure many of you were. However, here we are in 2009, on the first-year anniversary of Anti-Heroes, and I have some work under my belt again, so I can afford to get a little behind if I need to. I'm hoping I can keep a schedule going for at least a little while and hopefully keep the buffer I've made. I didn't get as much work done as I would have liked, but it should be enough. Oh, and on the same subject of keeping a steady schedule, I've decided that I'm going to drop Sunday updates. It was always a mood-crusher knowing that no matter what kind of a buffer you had, a weekend would reduce it to nothing pretty quickly. So, I'll be trying to keep it at 3 times a week from now on.

I thought I had more I wanted to say, but I can't remember it now, so for all you readers, I hope you all have a great New Year, and here's to another 365 days of this comic.

Oh, and for any of you readers who may have seen Play! a Video Game Symphony before, have any opinions on them? I'm going to see them next Friday in Edmonton, and may have a chance to meet Jeremy Soule too, which would be pretty awesome, but I'd like to hear what some others think about them too.