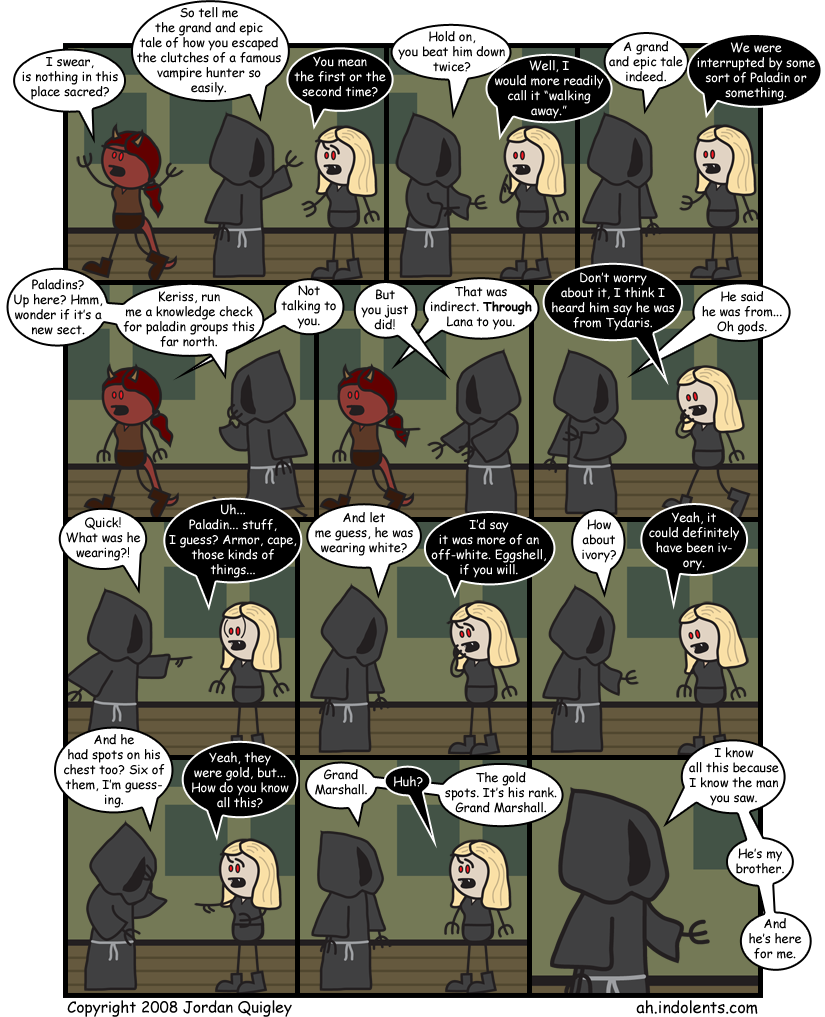 Once again, I apologize for my update tardiness. I was stupid and managed to waste all the free time I had on my extra days off by playing Civilization IV instead of working on this. Curse you, Sid Meier.

Anyway, on the subject of today's (rather late) issue. The title comes from a jar of paint I found in a local store a few weeks ago. There were so many different shades of white with ridiculous names, but I think "Liberty White" really just takes the cake. There's stretching words to make them fit in a certain context, and then there's "Liberty White."

As for the content, I don't think this issue comes as much of a surprise to many people. Most people I saw assumed it was Aldran's brother in issue 100 and onward, but for anyone who had their doubts, here's your proof.