Anti-Heroes #107: Undead Have Feelings Too 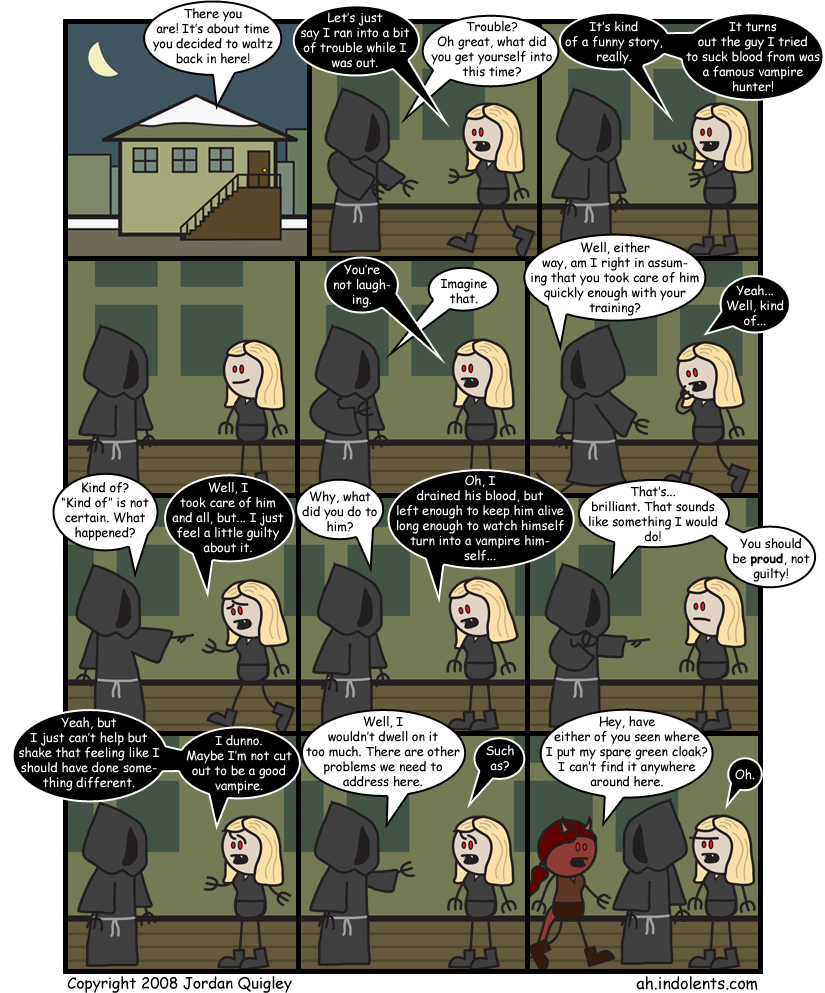 What's this? Another update on time?! What's the world coming to!!

Actually, I just have time off from work, so I'm trying to get myself ahead in my work again. I had this issue done yesterday already, which is saying something for me.

Now, since people are probably confused about what happened with Laris and stuff, I'll provide this clarification with some more notes on vampires:

When a vampire bites a victim, said victim is instantly given a special curse of a magical nature, which is commonly known as Vampirism. If the curse is treated shortly after being bit, then nothing will become of the person. They might have a bit of discomfort, but they will remain very much alive and well. However, if the curse is allowed to remain within the body, it will eventually take hold of the victim, killing them and reviving them as a vampire. Someone who has been killed cannot be turned into a vampire by any conventional "biting methods," which is why most vampires will drain all a victim's blood, to ensure they will not rise again.

Such is the reason why vampires are as rare as they are. Those who are bitten rarely live to tell the tale, and those who do usually have their bodies purified before any further damage can be done.

If you've ever played the Elder Scrolls games, then this probably sounds familiar. I always liked the way they treated vampirism in Morrowind and Oblivion, but always felt weird that it was treated as a strict disease. Vampirism seems like more of a magical curse of some kind to me, so that's the road I took.