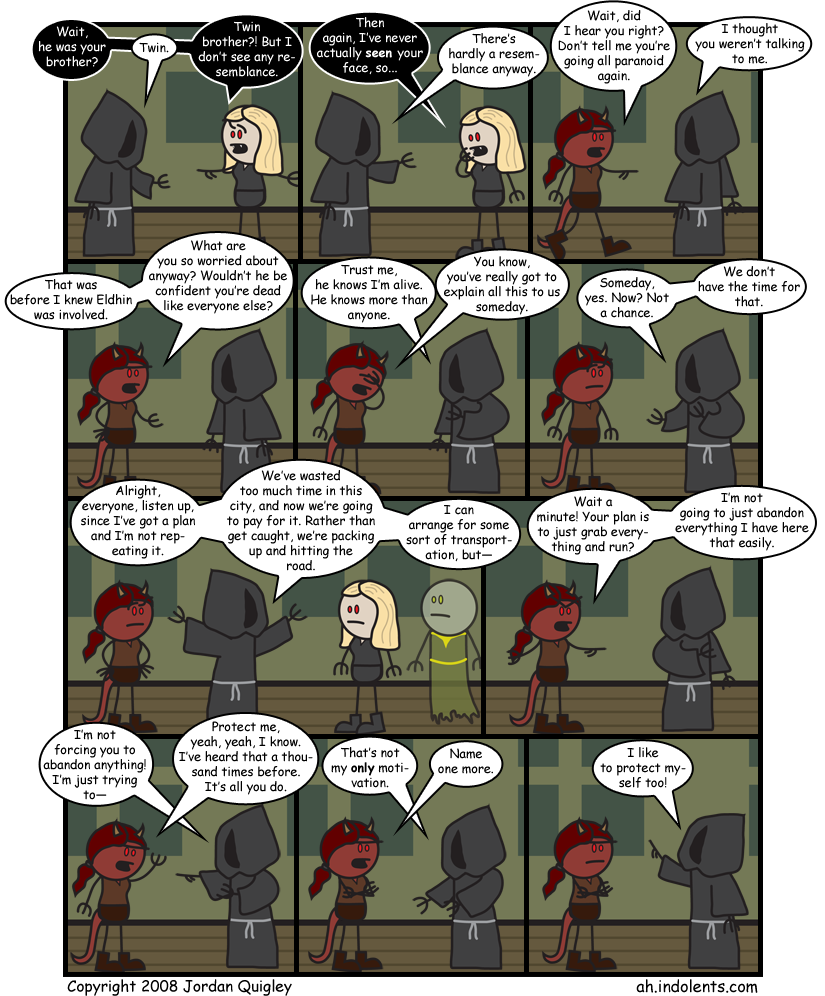 Wow, what a weekend. I wanted this issue done on Friday, and I probably could have had it finished, but I was interrupted, and pretty much didn't have a spare moment since then. First, I hung around with a friend and went to the movie Friday night (more on that in a second), then had a wedding on Saturday, then had to work this morning at 6 AM, going on about 3 hours of sleep. Fuuuuun. So I sat down and forced myself to finish the comic tonight, and upload it.

Next topic: The Dark Knight. If you haven't already seen the movie, do so. Now. I loved Batman Begins, so I suppose I can be biased that way, but even putting the fact that it's Batman aside, it's still a very good standalone film. Heath Ledger's Joker is absolutely stunning, and I thought Aaron Eckhart as Harvey Dent was another good casting call. I would be surprised if this movie doesn't win an award in the future, since I'm quite certain that this will be the best movie I'll have seen all year. Even if you're not a Batman fanboy, see this movie. It's worth the money.