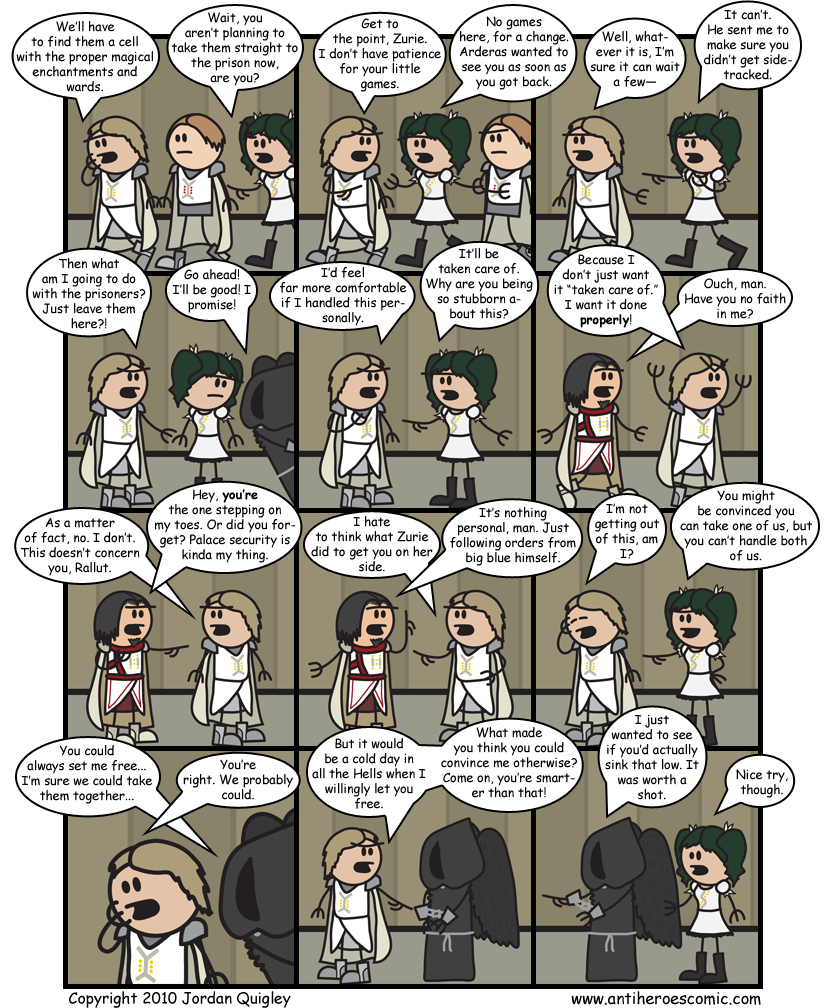 And a whole school of crackpot theories dies today as I finally reveal one of the last two members of the Ivory Veil. His arrival wasn't that climactic, I agree, but that's kind of Rallut's style. And I know I'll have to update the cast page as well, but I'll probably be holding off on that until Quentas makes his full appearance as well.

Also, a sudden bout of sickness caused me to fall behind with my slight buffer again, but with this weekend coming up, I aim to get at least one comic done before shoving off back to work. I'm too excited about this plot arc to stop now.