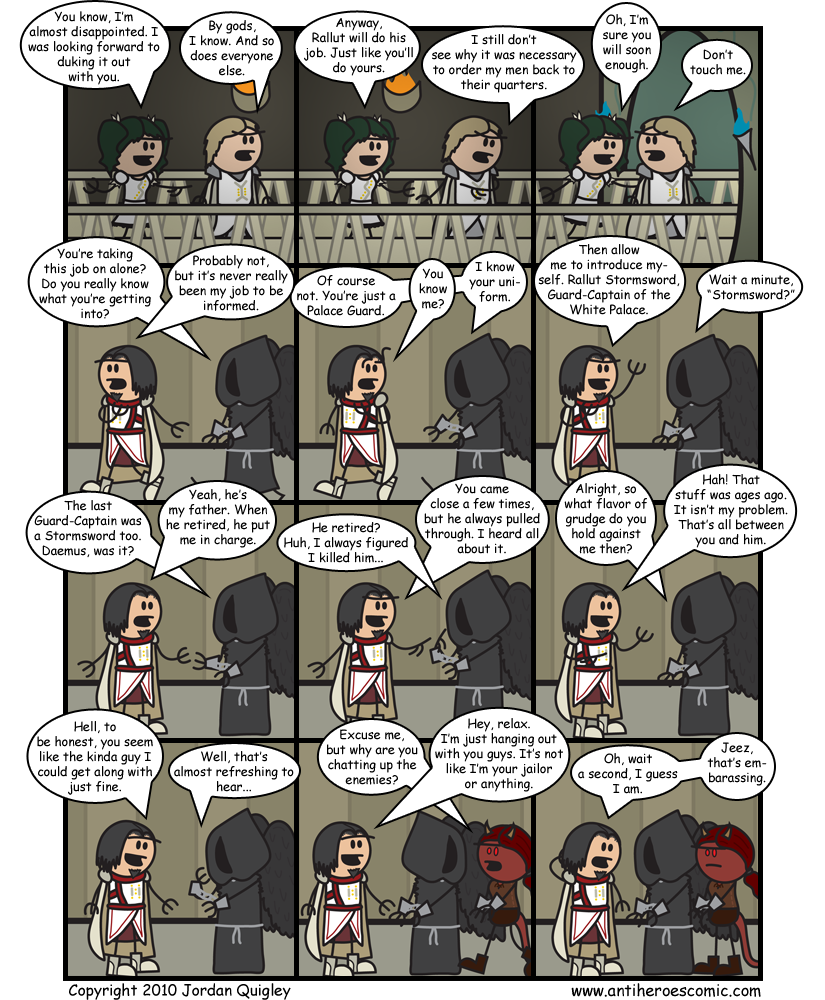 Hey look, it's tomorrow! Which means there's an update! Imagine that!

Also, allow me to clarify Rallut. He is not a paladin. The only paladins in the Ivory Veil belong to Eldhin's division. Anyone else is going to be a different class. What class that is will remain a mystery until revealed, but I assure you that unless you see Eldhin's insignia, they are not a paladin.

I know the Veil has a confusing structure, and I take blame for that for introducing it in a confusing way. Mostly since I originally only planned for there to be paladins and no one else, but their numbers ballooned shortly after, so I had to retcon it in a way. To remedy the situation, I plan to be making a chart to illustrate just how the Veil is structured at some point during or shortly after this arc. Hopefully that will eliminate some of the confusion.