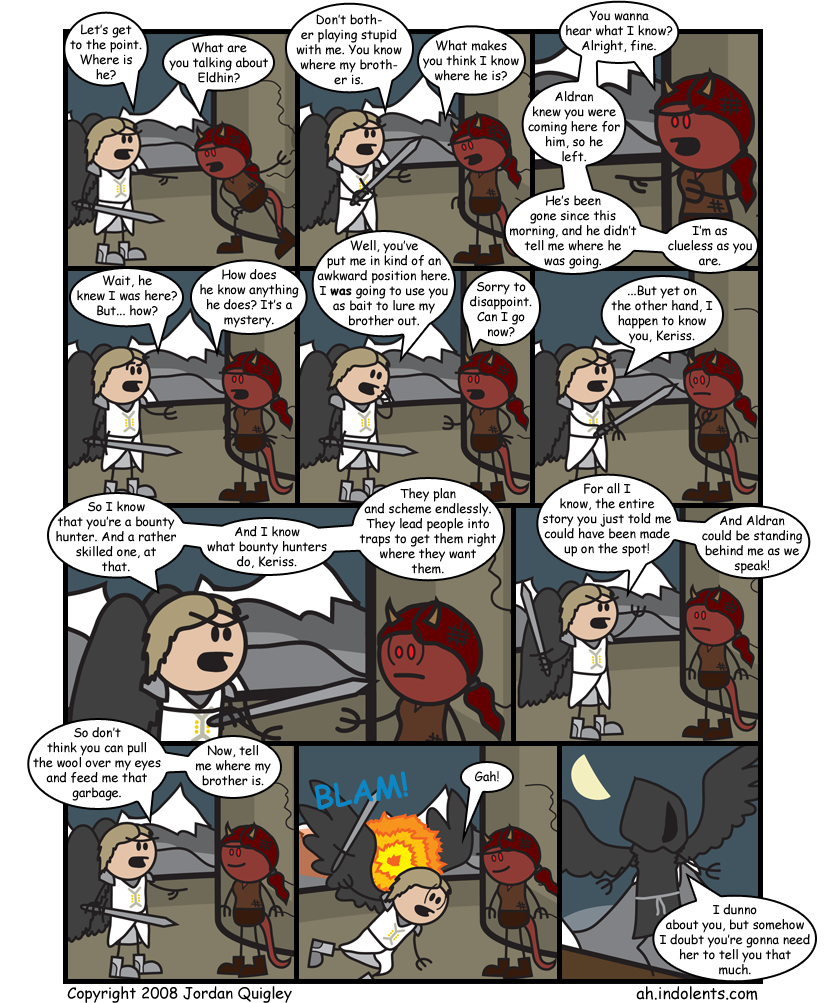 Sorry for another long wait for a comic. I don't really have a good excuse other than being addicted to playing Dwarf Fortress and Mass Effect for the past week or so.

Anyway, as for today's comic... Hopefully this will resolve some of the heated disputes in the comments.

I realize that "shoulder wings" probably aren't shown in the most realistic context they could be, but given the style I have to work with, that's about as close as I can get. Besides, trying to say this comic is "realistic" is just downright silly in any manner.

Next topic: Games. First and foremost, I beat Mass Effect today. I wholeheartedly recommend this game. I'll try not to spoil anyone, but the end battle was orchestrated so well that throughout the entire sequence, it made me feel uneasy. It made me feel as if I really needed to rush to save the day, even though there WAS no timer. And in the end, everything gets wrapped up so well. Although it leaves us with a bit of a cliffhanger, it still feels complete. All in all, a VERY good game for any RPG fanatic, such as myself.

Secondly, Dwarf Fortress. For anyone who's played it, then you probably know why I'm addicted to it. For anyone who hasn't, I suggest you look into it. It definitely takes some getting used to, but once you get into it, there's no way back. As for my fortress, things are going pretty well. Too well, in fact. My fortress has ballooned from 7 dwarves to 55 in just over a year, and thirty of them arrived in a SINGLE wave of migrants. I'm expecting mass starvation to set in any day now...