Anti-Heroes #87: Let's See Batman Do That 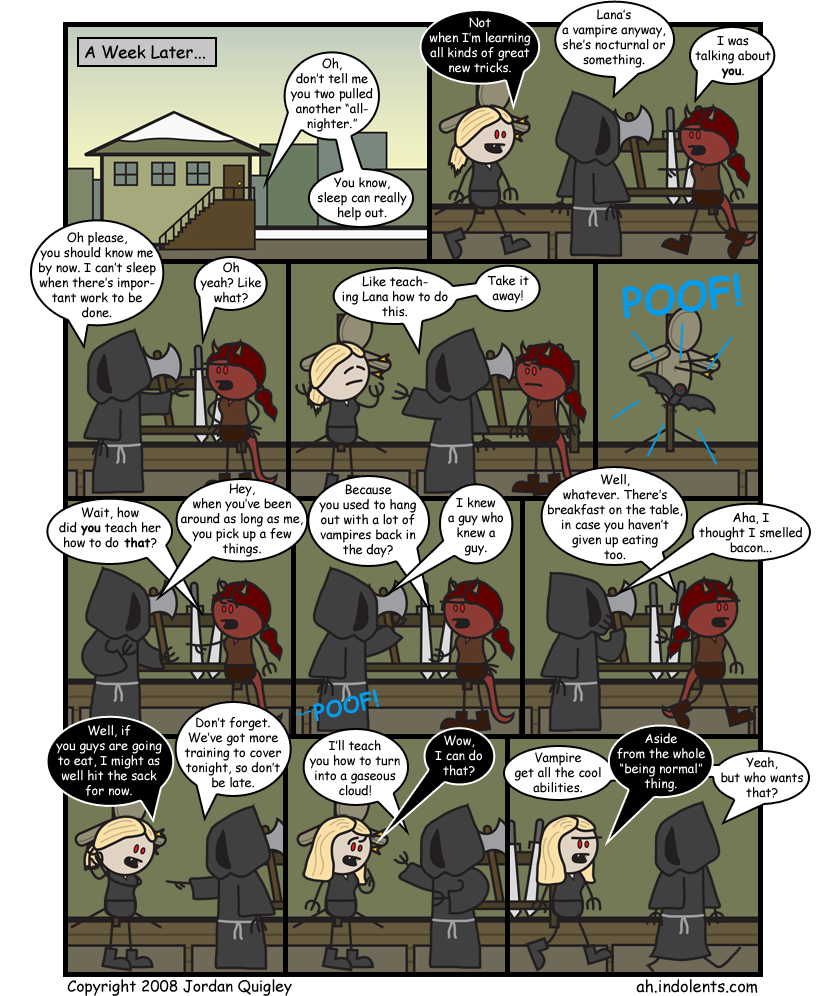 A bit of a jump in time, but I didn't really want to spend the entire time showing off every training exercise, and a montage didn't really seem to fit. Anyway, we're here now.

So Lana learns a new skill. The classic "turn into bat" routine, which seems to be a pretty common occurrence in the lore of vampires. And with such a skill, the difficulty curve of writing this comic has just increased once again. A double-edged sword, indeed.

We're also coming up on comic #100 pretty quickly here, and I will say that I have things planned. Big things. Begin your off-the-wall speculation at any time.