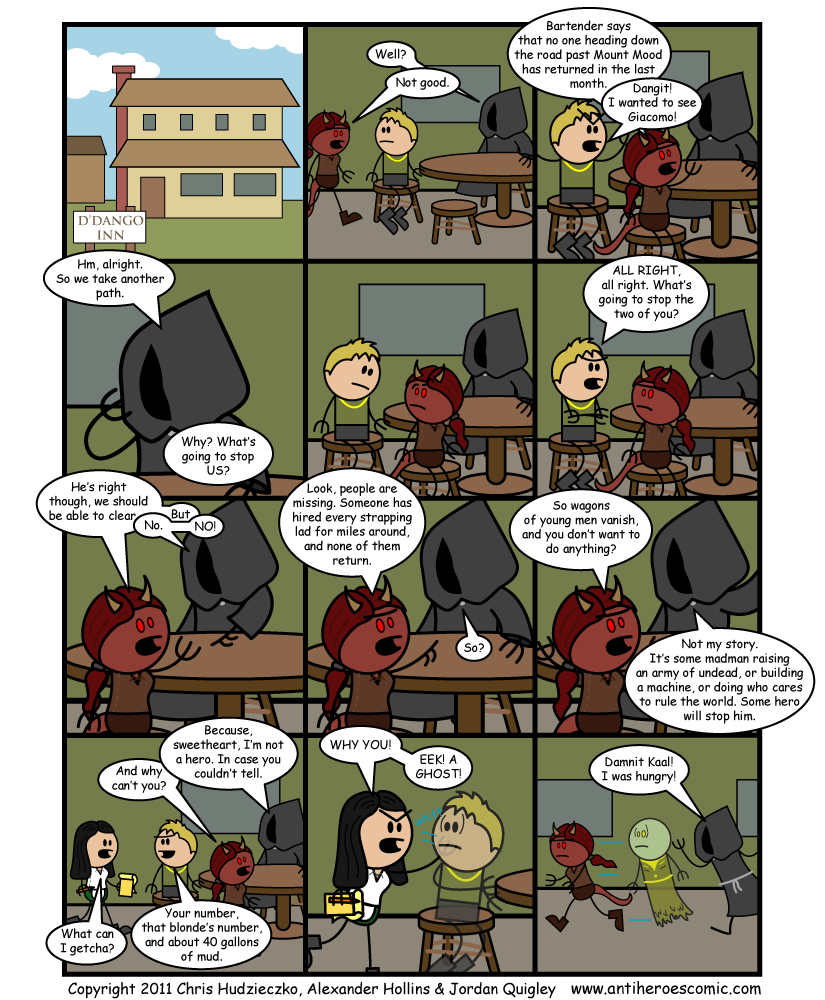 Hello once again! It's your humble illustrator Dyluthus here with the latest issue of anti-HEROES AND a return to our primary party of... well... anti-HEROES

Now before I forget to mention this I just wanted to say that last week on the day that Wikipedia and several other websites went dark in protest of the Stop Online Piracy Act (or SOPA) we got the idea of joining in by updating the comic page to be compltely dark except for the characters white eyes.

By the time we had this idea however it was already late in the day, and the political tide had already turned against SOPA (at least for now), so we decided to shelve the idea for the time being or at least until the next day of protest against whatever comes act or proposed law follows in SOPA's footsteps.

We here at anti-HEROES will always count on a free and open internet make our entertaining of you possible. Enjoy the comic everyone!