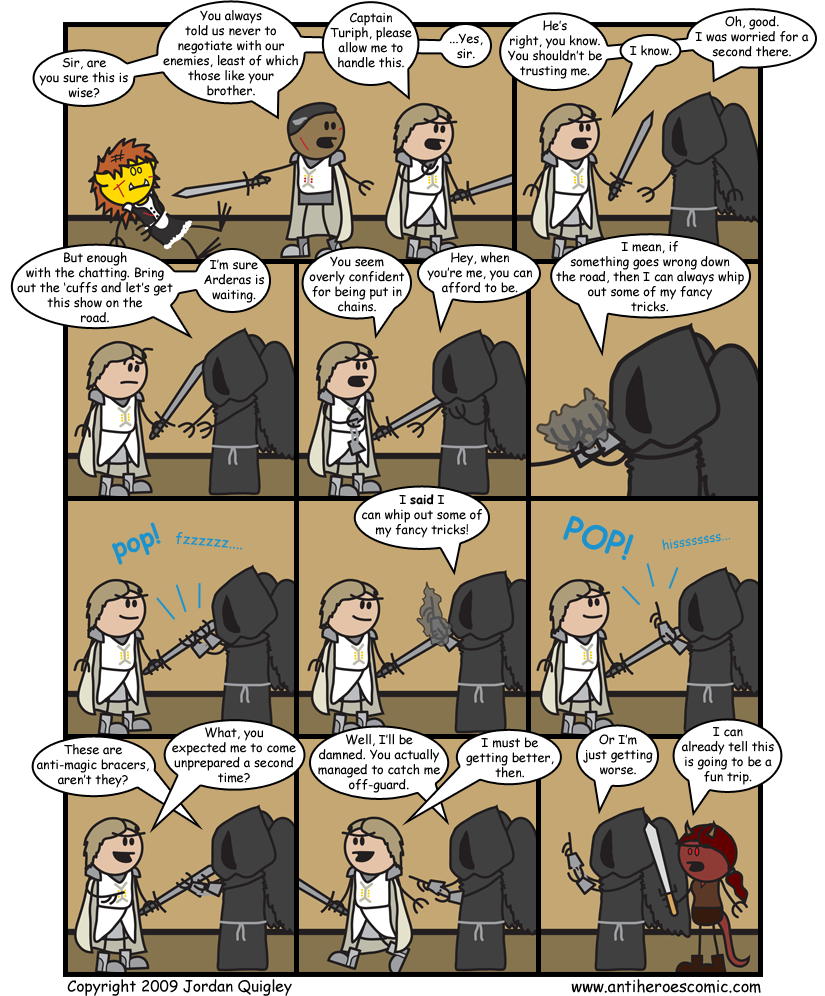 I'm not sure how many of you are actually still checking for updates, but here's one anyway. I know I've already given every apology and excuse I possibly can by now, but here's another one. I said it wasn't going to be another two weeks, and it ended up being three. I'm not particularly proud of that, and I feel terrible for letting you guys down and disappearing again, but I can rightfully say one thing: Unless I outright state that the comic is dead, then don't assume that it is. Like I've said before, given how much I have invested into it, there's no way I would simply leave everyone hanging.

Anyway, I won't bore anyone with more excuses. Here's Thursday's update. This time, I can rightfully say that the next update won't be in two weeks, since I already have it finished. It will be on Saturday, and hopefully I can keep up relatively regular updates now that my work schedule is normal again.

In short, sorry for the wait and see you on Saturday.