Anti-Heroes #20: She Didn't Break Any Skylights, Though 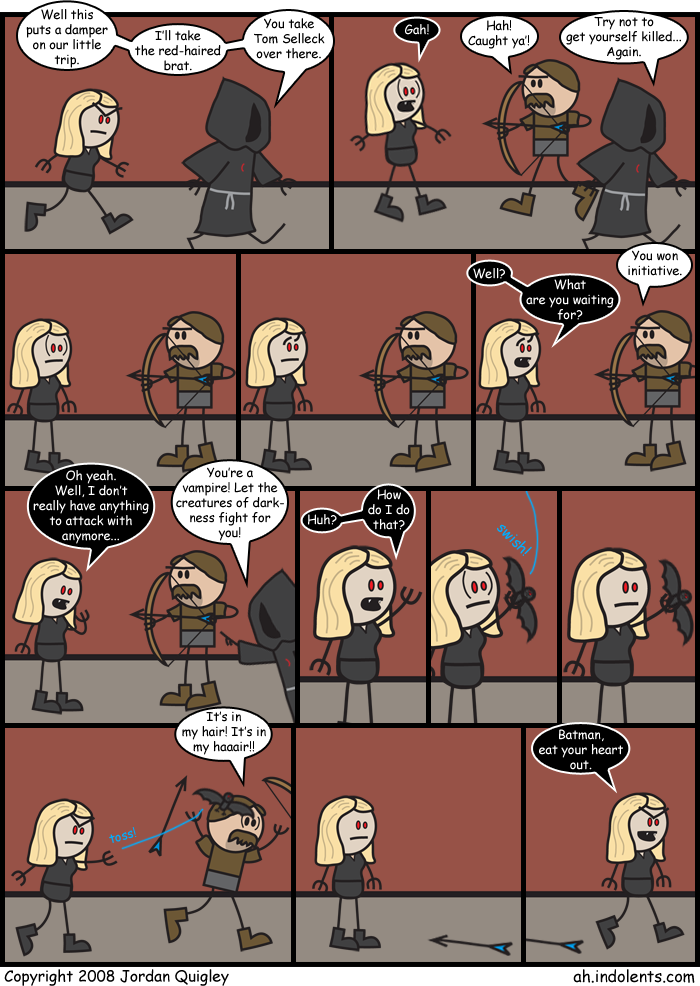 This is one of the abilities that vampires characters can use, as I mentioned way back on comic #3. They can summon rats, bats or wolves once per day. This is pretty much the way I pictured it happening, too. It was only after I had already made half of this comic before I realized that the whole summoning bats thing was reminding me of Batman.

In fact, now that I mention it, I'd like to see Batman go up against a D&D vampire, just to see who would win. Whoever came out on top could be crowned the true king of the night!