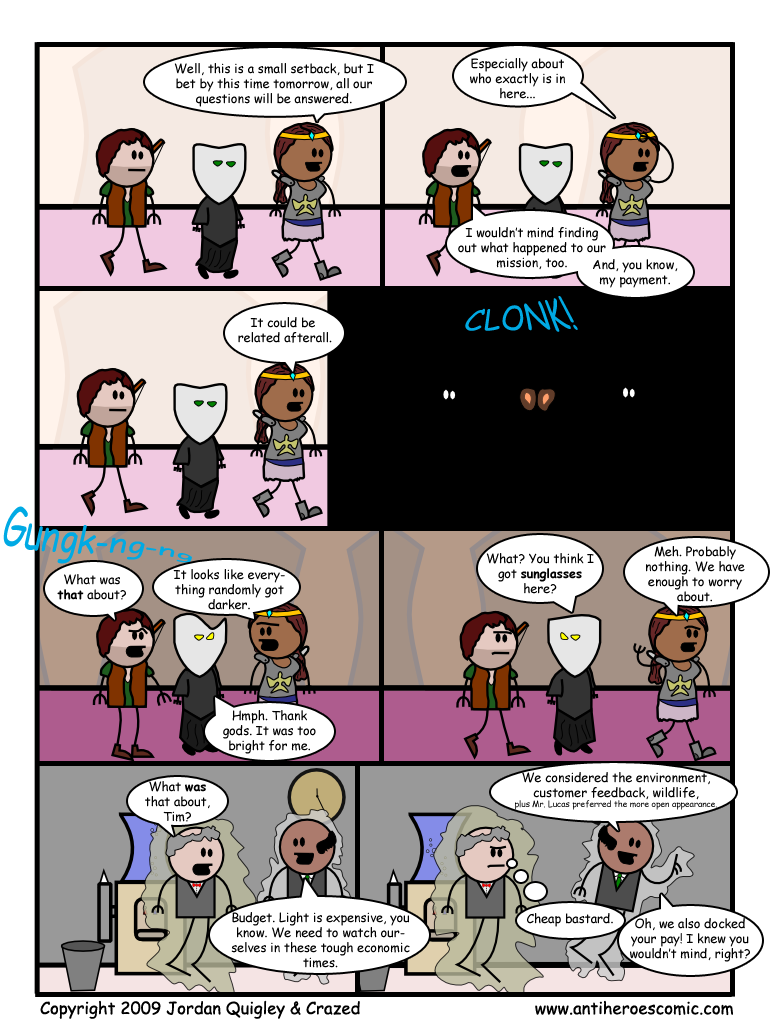 Wow, another Anti-World so soon? Yeah. As I said, Zarah's still too busy to make one until (probably) Saturday.

As anyone who has read Tuesday's comments can guess, this comic is a direct response to the criticism that Anti-World is too bright. I'm a pretty easy going guy; I don't mind constructive criticism (as long as the critic is nice about it). So, here's a "thank you" for giving me an idea for a comic that pokes some fun at the previous Anti-World and takes a chance to fix a few things.

Also, halfway through making the comic, I noticed that the hallway kind of looks like Cloud City in Star Wars, so I threw in a joke towards the end about the changes in the Special Edition to Cloud City.