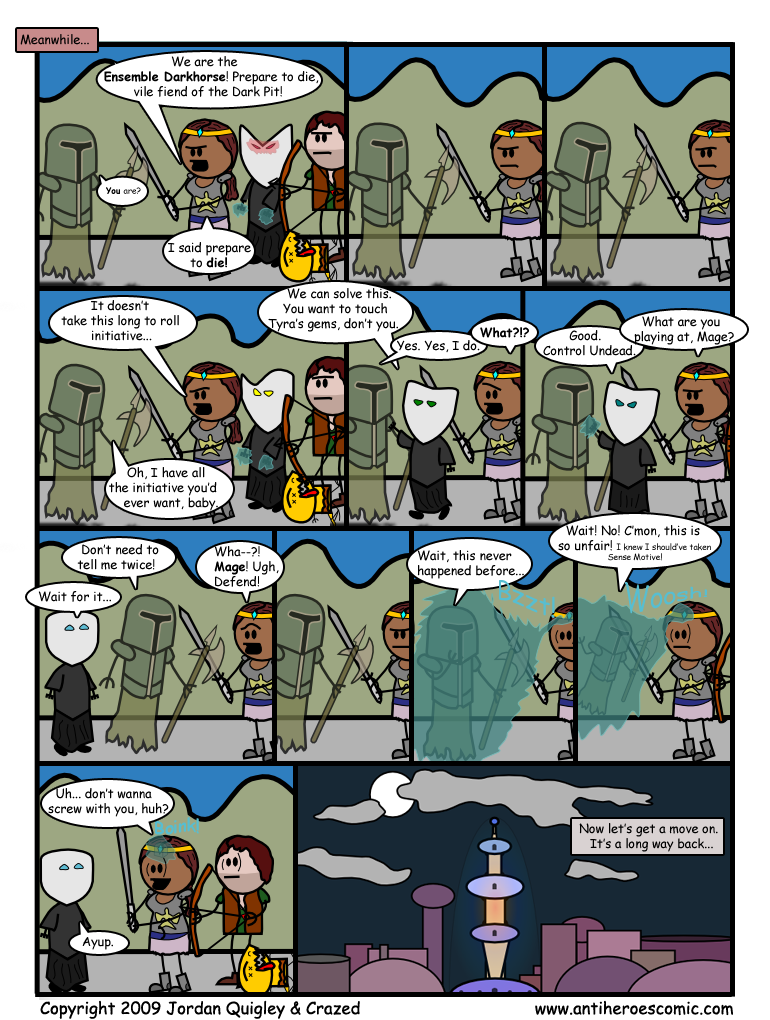 After quite a few months, yes, Anti-World finally has another entry! After learning a lot of new things in Inkscape that will definitely make my life easier, I think I can finally begin to make regular filler comics for Zarah. The delay was also the result of thinking about the comic's direction; I've made my decision, and yes, we will be following mainly the same characters - including Frank!

The tower in the final panel is actually an updated version of the first thing I ever drew in Inkscape, the first thing that was in my mind when Anti-World began to form in my head. What exactly is it? Keep an eye out for more Anti-World to find out! Also, any diligent Troper should be able to catch the very first joke in the comic.

Additionally, I've been hard at work, and I have a surprise to announce to you all. The first version of the website's forums has been created and uploaded! Please try it out here and be sure to report any bugs to me!

Anti-Heroes will be returning to you Thursday at its normal time.