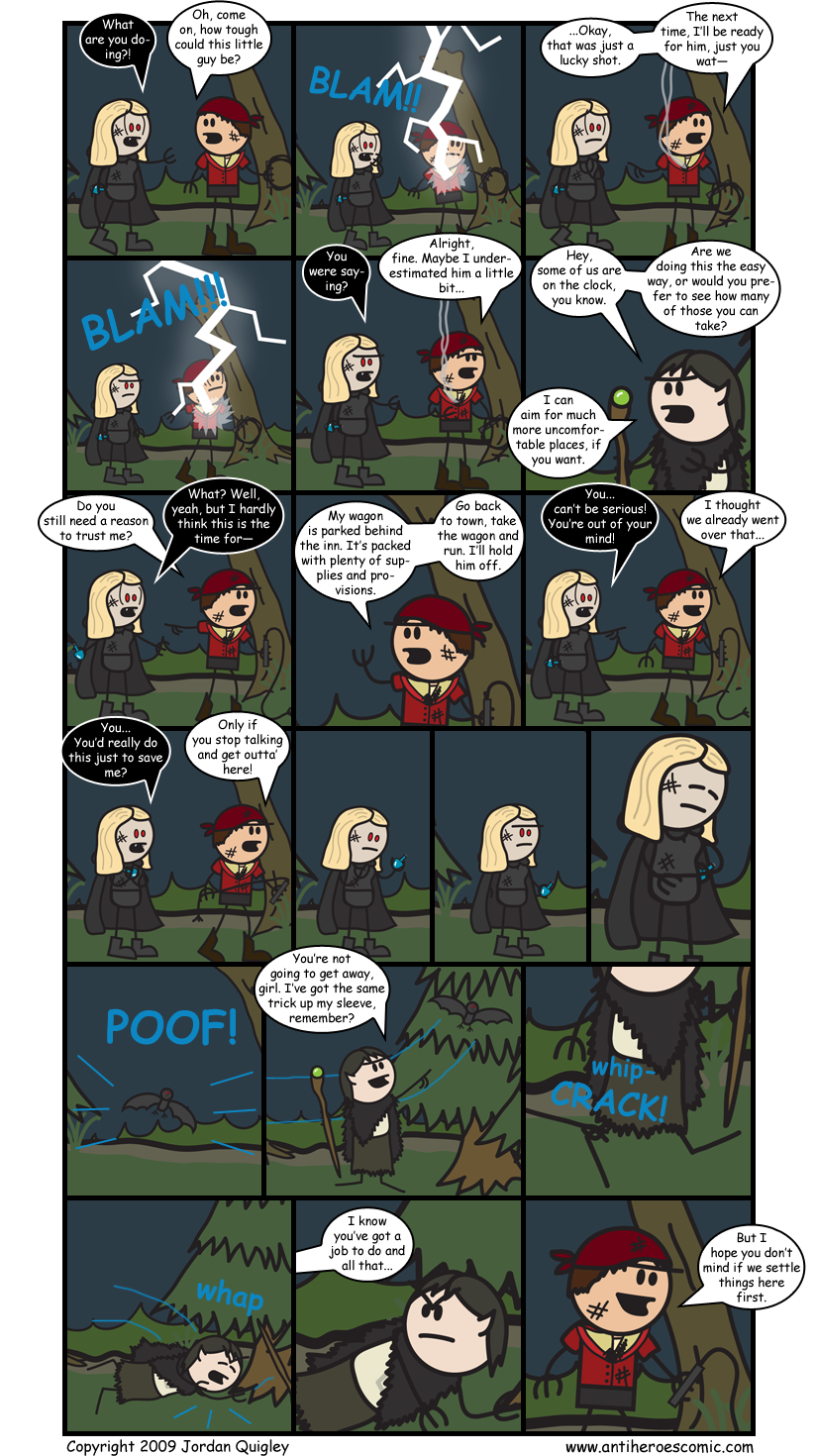 And here's another page and a half for you. I'd say more, but I need to get going pretty soon.

EDIT: As for those who posted their musical opinions on the last comic, I was glad to see it. This is, by no means, a way of me saying "it's over." If anyone has any other ideas for fitting music, then let me hear them. And don't worry if you think it's too "serious," since I write out most of the plot in a very serious manner before ever even thinking about jokes.

In fact, most of my own musical choices are pretty serious in of themselves. And I figure it's only fair to show you a few of my picks, so here they are. I was going to post these with the comic, but ran into some issues with my formatting, and didn't have the time to fix it, so I edited them out. I see at least one person saw it before I took it down, though.