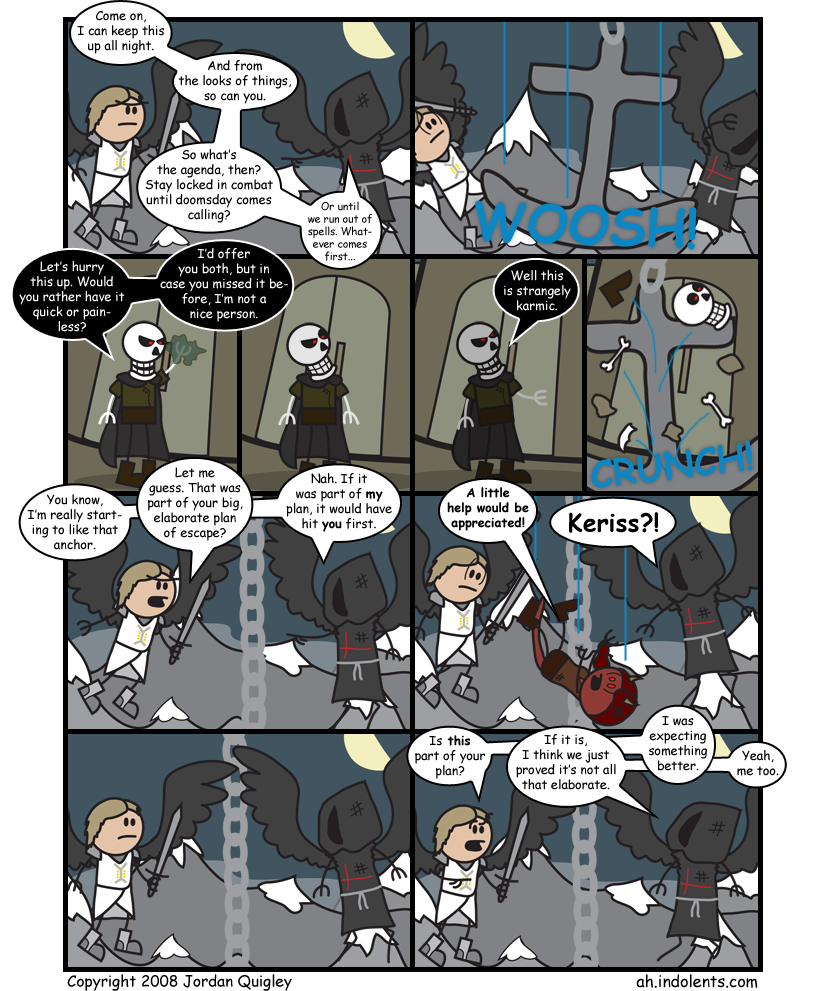 Alongside this new comic, there's some updates around the site as well. First of which, people may have noticed that the cast page didn't work properly with the new version of Firefox. We managed to get that all worked out, so the character bios are readable once again. In addition, I've added Eldhin as a part of the cast, and merged Andil, Laldera and Hilmor into one entry. It's not a lot, but if you're desperately searching for more to read, there's something for you.