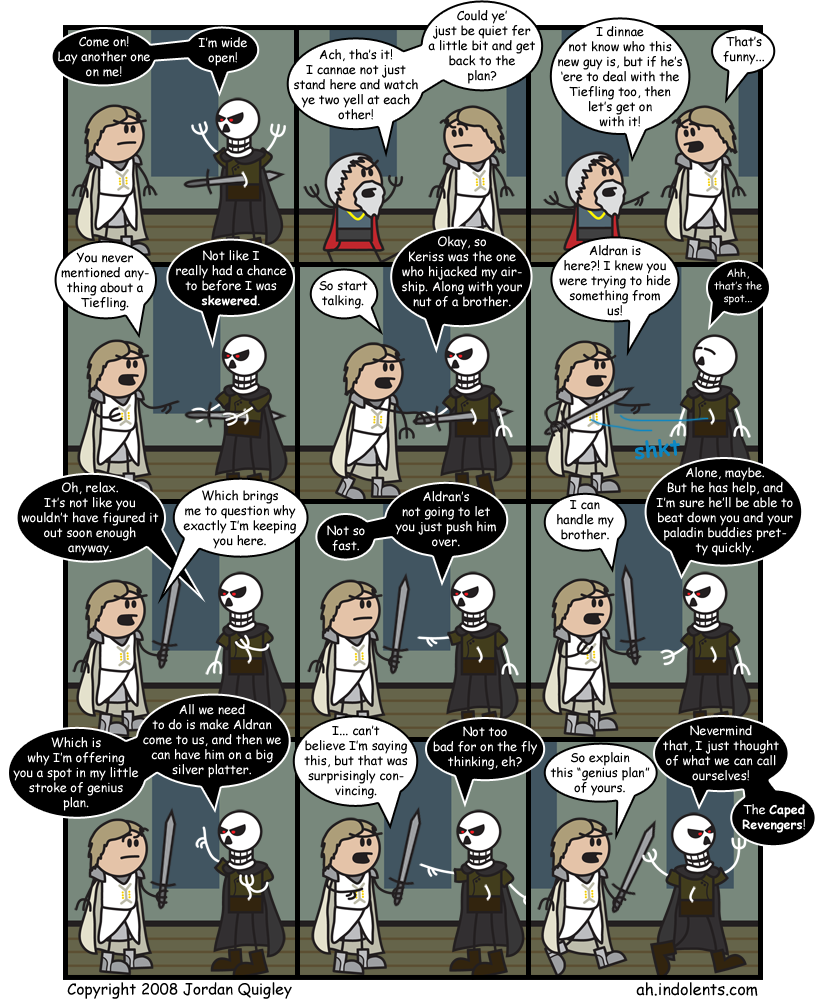 So I'm back, with a new issue. A special thanks for Crazed, who filled an update hole for me, and probably will at some point in the inevitable future as well. Today's update is later than I wanted, but still relatively on time for a change. Crazy isn't it?

Finally, for anyone who hasn't already noticed, fan-art and guest comics have been added to the Extras section (finally), so there's a bit more content around there. Other than that, I don't have much to say, so I'll vanish for now. Enjoy the comic.