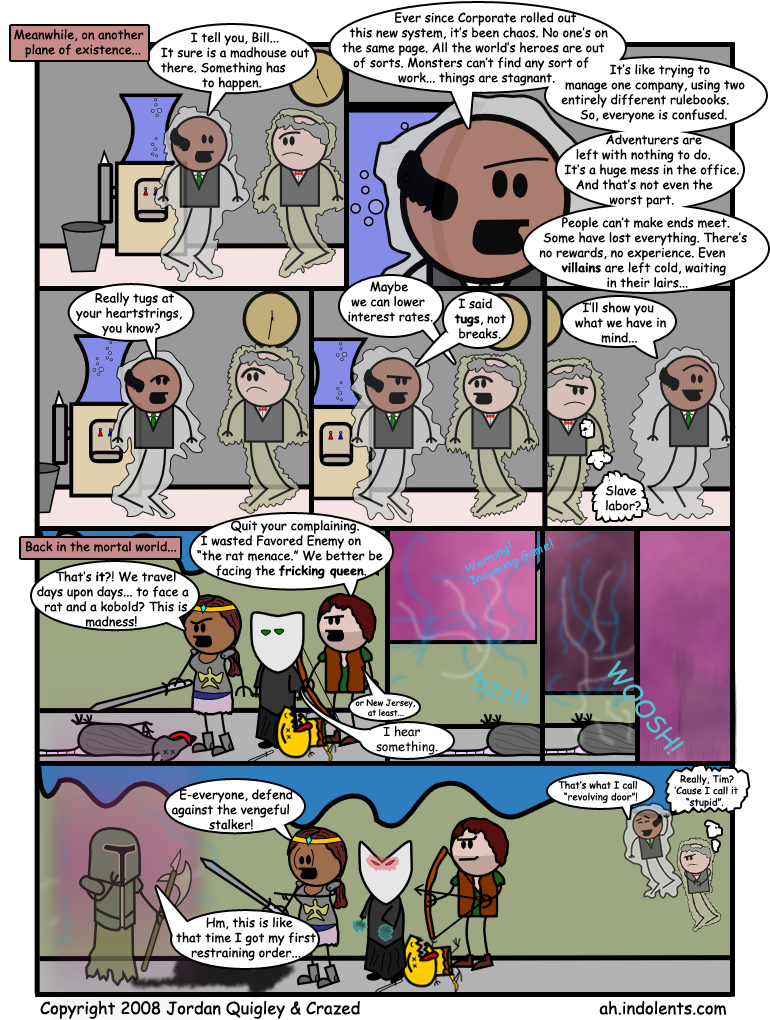 If you were paying attention, you might have noticed that it has nothing to do with the current story arc. Actually, if you read the bottom, you'll notice it has more than just my name. *Actually*, this isn't even Zarah writing - this is Crazed.

Zarah and I have conspired together for me to work on some guest comics, of which this is my first. It's called "Anti-World", and it focuses on other events in the world of Anti-Heroes. Some of them will be unrelated snippets, while others will form a little arc of its own. I'll be trying to release these on a weekly basis and help Zarah fill in the gaps when he can't get a comic up.

So anyway, about today's comic. This is my first comic in the OotS style. Hopefully I was able to present things well and recreate the characters faithfully. More importantly, this revisits one of the audience's favorite characters: Frank! Yes, Frank is still alive (well... sort of), at the will of the almighty lawyers. Additionally, obviously, the "chaos" in the world is due to the side-by-side usage of both DND 3.5 and 4e. I know there were tons of people asking if AH was going to switch to 4e, so this is a tip of the hat to those people, though I'm not passing any judgment on the matter.

Anyway, I hope you enjoyed the issue. I had a really fun time making it. I especially liked how the "Masked Mage" turned out.

PS: There's another joke in this comic, referencing something from real life. If you get it, post in the comments!