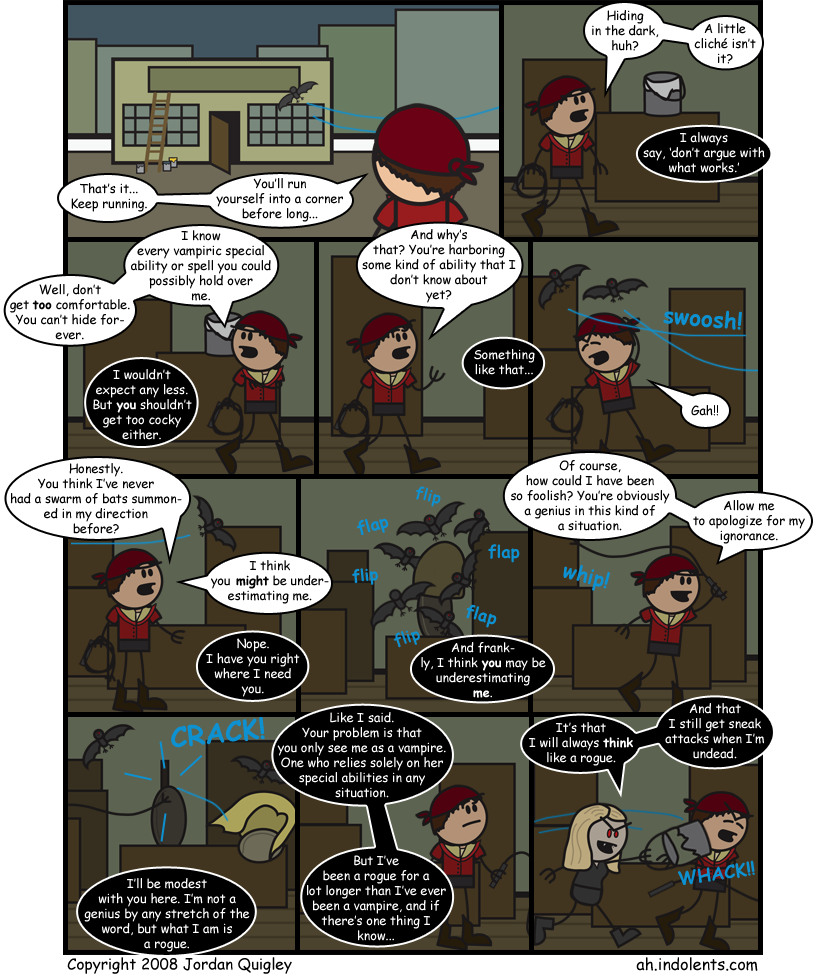 I tried to have this done on Sunday, but ran into distractions, as usual. I really do hate having so little free time, but oh well. Money is always nice to have on the other hand. Anyway, here's a little something I put together to help clear any specific confusions anyone might have:

Some Notes on Vampires:

Vampires become stronger with age. However, this is not due to any supernatural or magical reasons, nor due to changing abilities. No, a vampire is similar to an average person, in that they must learn to use the abilities they are given. Much the same way that a human must learn to walk and speak, a vampire can't simply instantly know exactly how to assume the form of a bat, or summon a pack of wolves.

Similarly, most species must learn to walk before they can run, and vampires are similar. Once an ability is learned, it becomes the gateway to more powerful versions of the same ability. Turning into a bat will eventually lead into turning into a wolf, and possibly even into more powerful creatures given enough mastery of the ability. Such is the reason why elder vampires are the most powerful beings in existence. They have learned to tune themselves into their abilities to the point of them being nearly analogous to a human's ability to breathe.

I have some more notes as well, but I want to flesh them out a bit better. Besides, I can use these notes as an excuse to keep people tuning in.