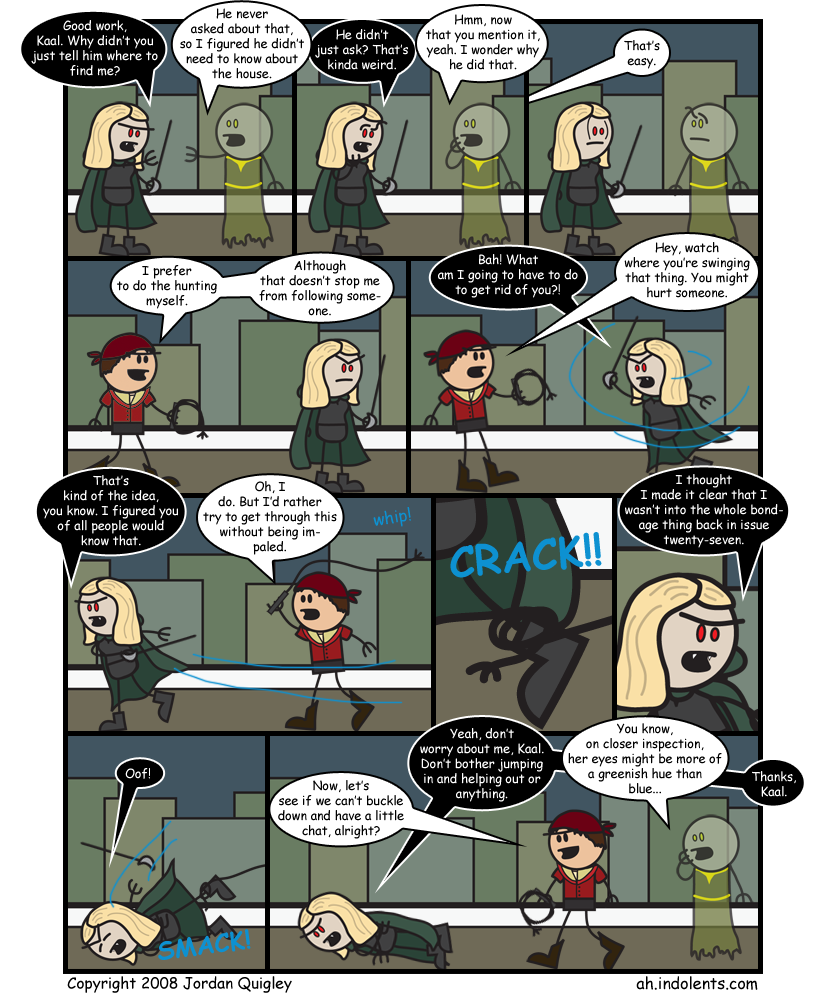 I wanted to get this one up earlier, but ran out of time last night. And now, I have to go to work, so I'll probably update with more to say later. For now, enjoy the comic.

EDIT: And I'm back, with a few things to say. First and foremost, regarding the comic. My next goal is to try and work up a little stockpile of issues, so I have a bit of a buffer in case my life gets to be too much. As it stands, it might take a while to actually get it going, but I'll see how much work I can get done on Saturday (since it's the only day I have off this weekend. Fun.).

EDITEDIT: I had more to say, but technical difficulties caused me to scrap it. I'll probably revisit it when said problems are solved.