Anti-Heroes #101: He Knows She Knows He Knows 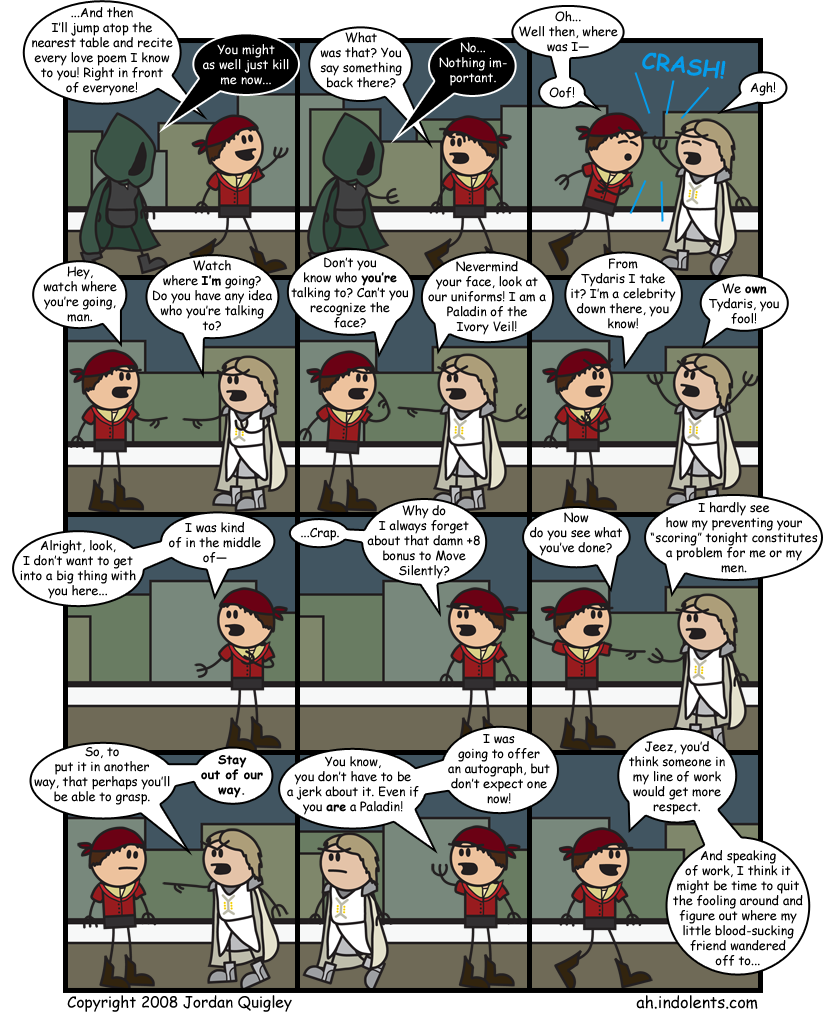 I'm alive! So, it's been over a week since my last update, and I do apologize for this. As was already stated by me on the previous comic, I've been pretty tired lately, and haven't had nearly as much time as I would like to work on this, but there was a third factor. I've had a sever case of writer's block for this little section, especially with the dialogue. Nothing I come up with flows the way I want it to, which may be kind of evident in today's issue. It didn't turn out as well as I would have hoped, but I really wanted to get something out, if only to try and conquer this blockage. Some of it is still lingering, but it's not as bad as it was. I'll try to get myself back into the swing of things over the next week or so and hopefully be on track (or at least close to it) soon enough.

I've also noticed there's been some talk of whether or not my comic is converting to fourth edition D&D or not, etc etc etc. Allow me to say this: I've never really been following much of 4e since the beginning, so I know very little about it, and I've certainly never played it. 3.5e is what I currently know, and it's what I'll be using for a while yet. If Anti-Heroes is "converting" to 4e, you can be safely assured that it won't be for some time, if at all. Frankly, I'd sooner see myself taking a stance much the same way as Rich Burlew, in that the comic world exists in a sort of state between editions, cracking jokes about both, and things entirely unrelated. So there you have it.