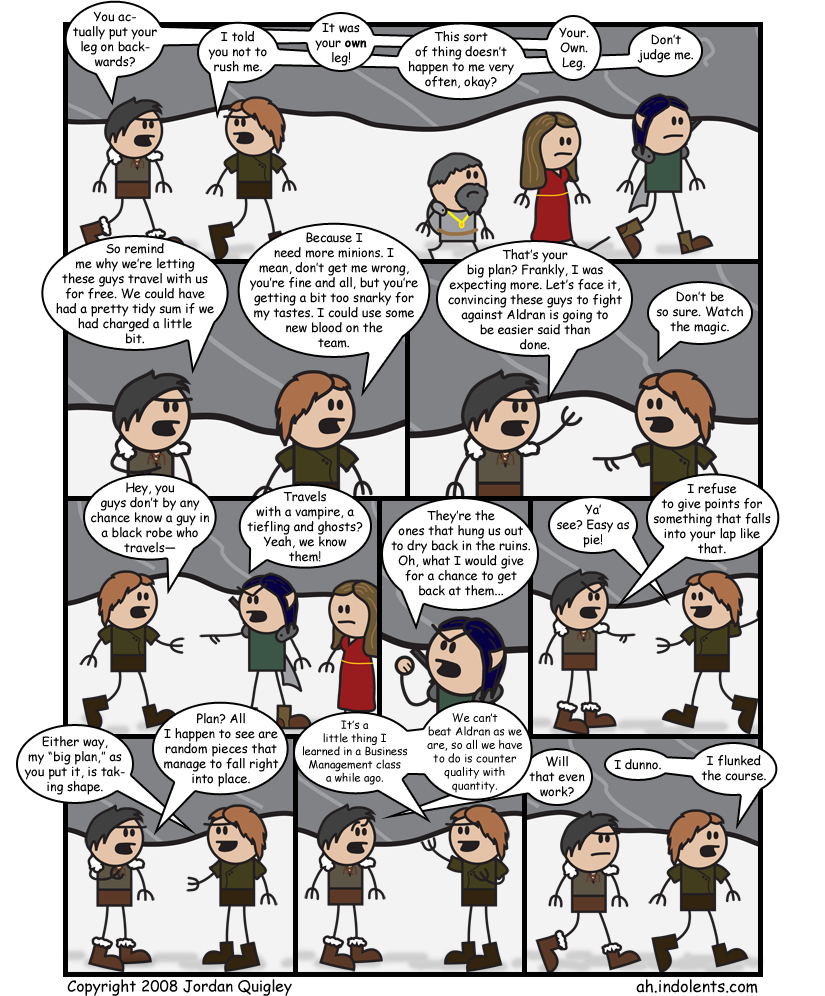 I dunno where Finx took this course, but it must be pretty popular. I mean, the whole "my troops suck, but I can throw a million of them for everyone one of yours" philosophy seems to be a common thought among bad-guys. Of course, there are always the "elite" troops that are supposed to be that much better than the average mook, but in the end, they all fall to the hand of the heroes. You'd think these villains would learn after a while.

At least Finx is mixing it up a bit and using the heroes as the mooks. He may have flunked the course, but it seems he has some creativity after all.

EDIT: In the words of Crazed as posted on Giantitp.com:

"Also, site update. I did an upgrade yesterday that had the site down for a bit. Now the "always hide/show" feature will work longer (hopefully), and image validation for comments is no longer necessary after you post more than three comments on the same computer. I didn't receive any complaints about this, but I figured I should do it to make both of our lives' easier. Plus, I want to encourage people to use the comments more, so hopefully it'll be less of a hassle without the image validation."

EDITEDIT: I also received an email from a fan regarding another comic named "Anti-Heroes" appearing as the number 1 Google search result. Just a hint of warning, that is NOT this comic. The other one is uh... significantly NSFW. If you're doing a Google search for this website then at the moment, we're on the second page of results, so avoid that first link. You've been warned.