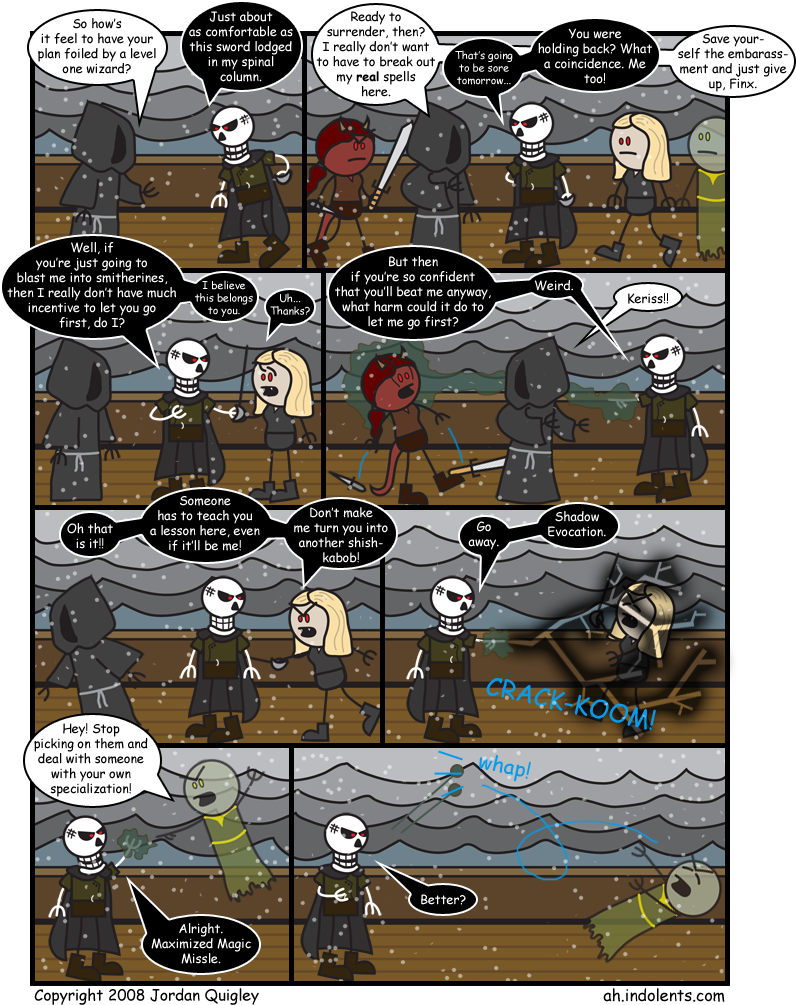 As I mentioned earlier in the comic, I like visualizing the various spell effects in the D&D universe. As soon as I read about Shadow Evocation, I knew exactly how I could show it, and I think the result turned out a lot better than I could have hoped.

I am also aware that Finx should have more magic missiles than that, but think of it as if the others have already hit and that those two are merely the "last in the train."