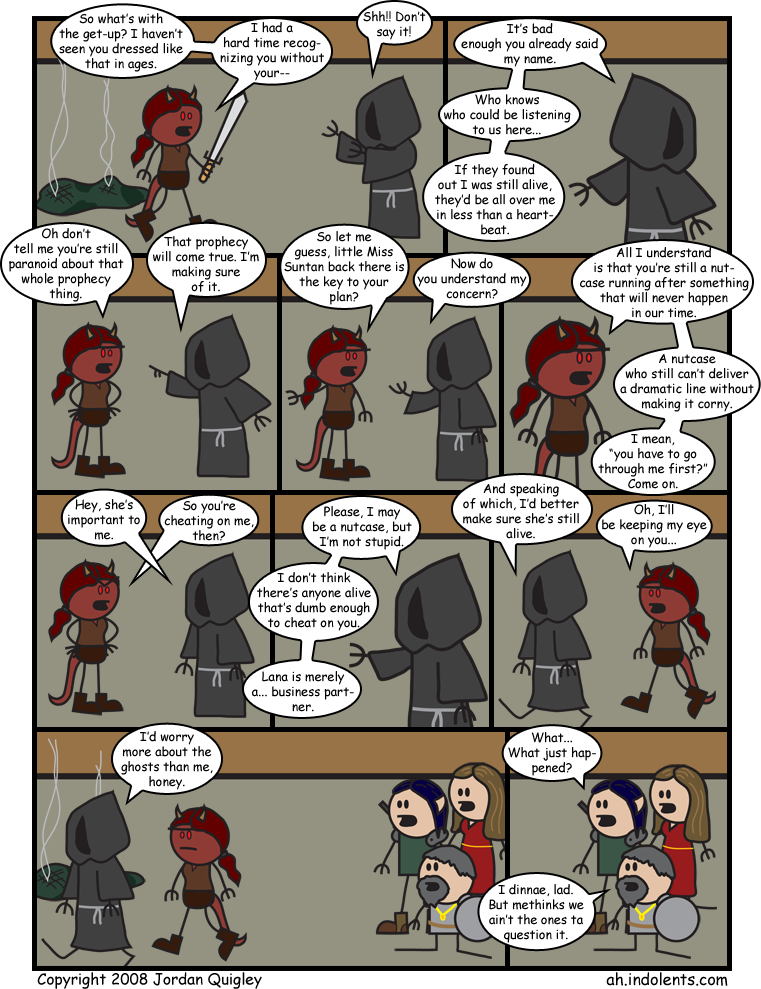 If you're wondering about the title of the comic, it's referring to the TV Series Lost which I've been watching since season 1. The entire show is basically a collection of unsolved mysteries, where when any single one is eventually solved, five more take its place. The show has had its high and low points, but it's still pretty decent, if you've been following it.

But seriously, the writers need to throw us a bone here. We've been in the dark way too long.