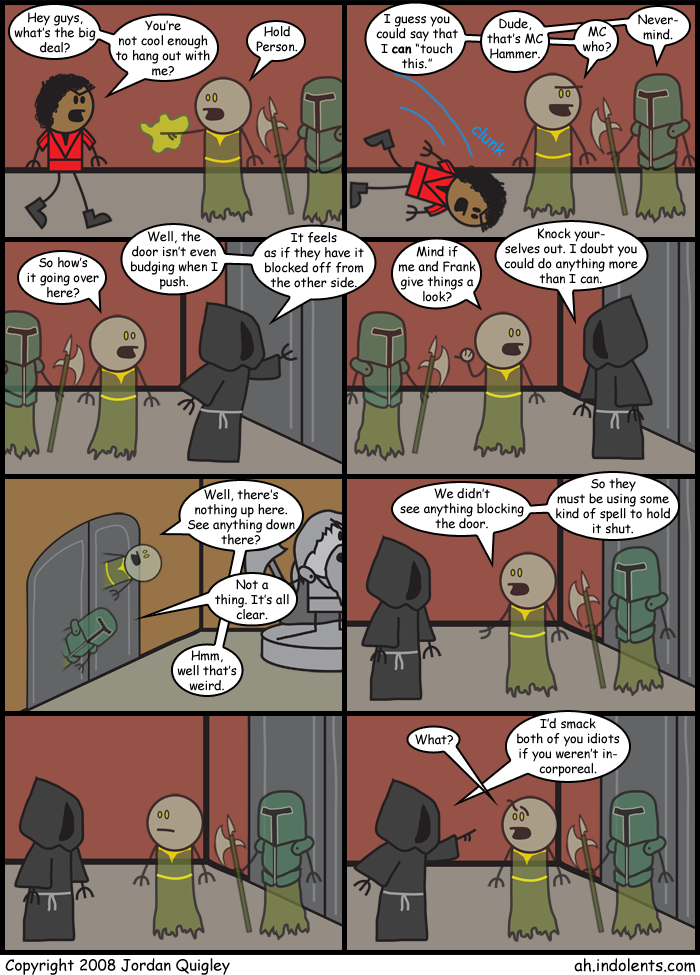 This was the first time we really see Kaal's incompetence so blatently, and it kind of developed into a recurring theme throughout the comic.

This also marks the last time we actually see Michael Jackson in the comic. His cameo lasted longer than I expected, but there was a lot more comedy potential with him that I originally realized, so he stuck around. Does this mean he'll be coming back for an encore performance? I dunno, but there's still a lot of stuff I could do with him, that's for sure.