Anti-Heroes #25: The Plan in Action 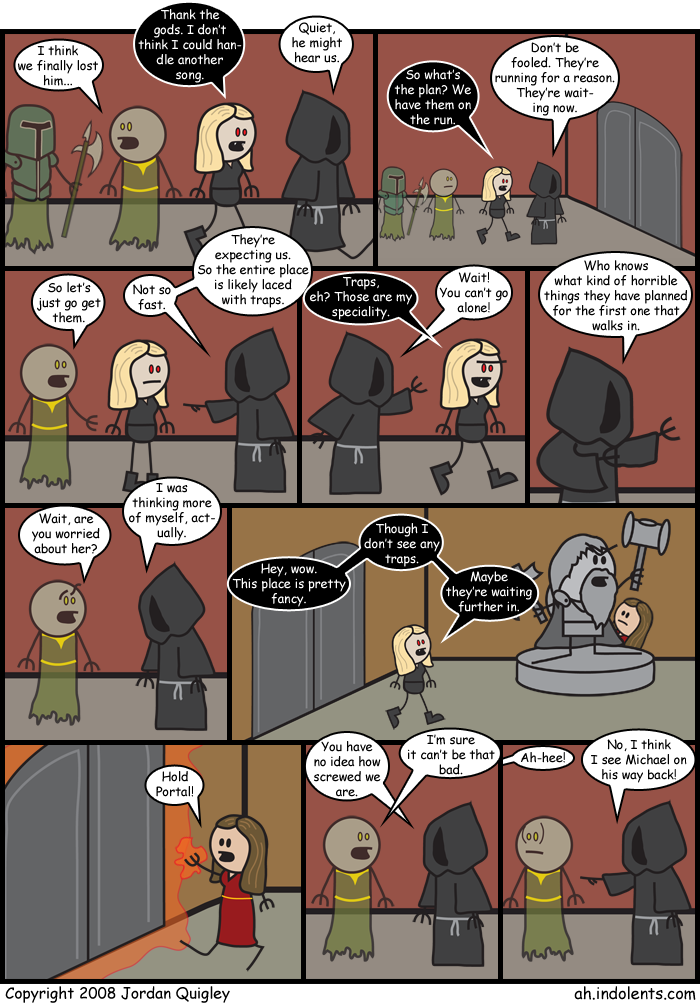 There's a lot of spells in D&D that... just don't do anything useful. Hold Portal is widely considered as one such spell. And if there's anything I like doing, it's putting useless things to... use. I mean, given the right circumstance, a lot of seemingly useless spells can really come in handy.

Except for that Secret Chest spell. That one still doesn't make any sense to me.