Anti-Heroes #219: Dump-Stats Should Be Chosen Wisely 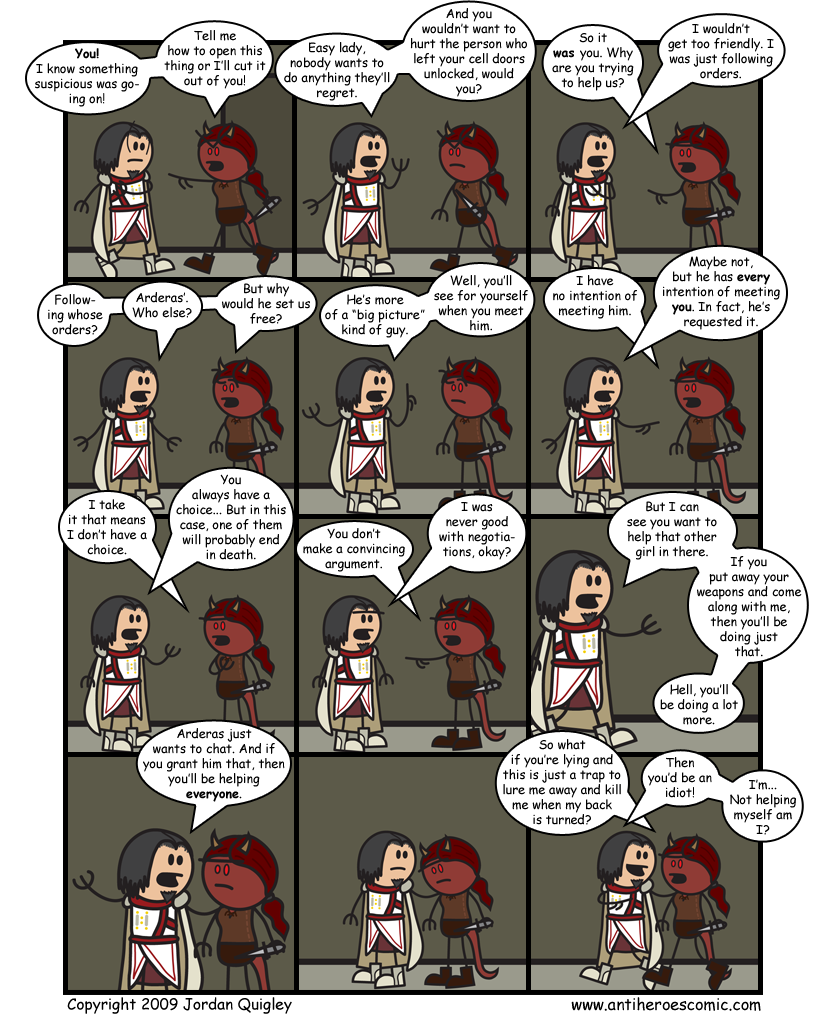 Alright, so as you've probably guessed, the comic has run into a bit of a snag. I won't bother with any excuses in order to get to the heart of the matter; the fate of Anti-Heroes.

After three years, the time has finally come. I can't do this anymore. I've changed jobs and I currently have so little time to focus on this comic that it's simply unfeasible for me to continue making it. I don't really want to stop, since I'm still very much interested in telling the story I had planned, but I've thought long and hard about the decision and there's nothing else I can do at this point. Sure I could stick around and say "comics will get done when they get done," but I've been doing just that for several months now with barely anything to show for it. I've come to the realization that it's time for me to hang it up.

So what happens next? Well, when I first made this comic, I made a promise that if I ever decided to stop, I wouldn't leave my fans hanging. The rest of the story will be revealed one way or another. The only question I need to answer is how. I'm going to go ahead and narrow it down to two options for you all to vote on:

1) I simply spill the beans. All my secrets, plot points, future characters. Everything. It's not the most elegant way of doing it, but at least you guys won't be left in the dark.

2) I pass on the comic-making mantle to another artist. I give him all of my notes and let him take over the creation of the comic. This way, none of my future plot would be spilled out and the comic would continue, just without me at the helm.

I'm putting the future of this comic in the hands of its readers. So what'll it be?