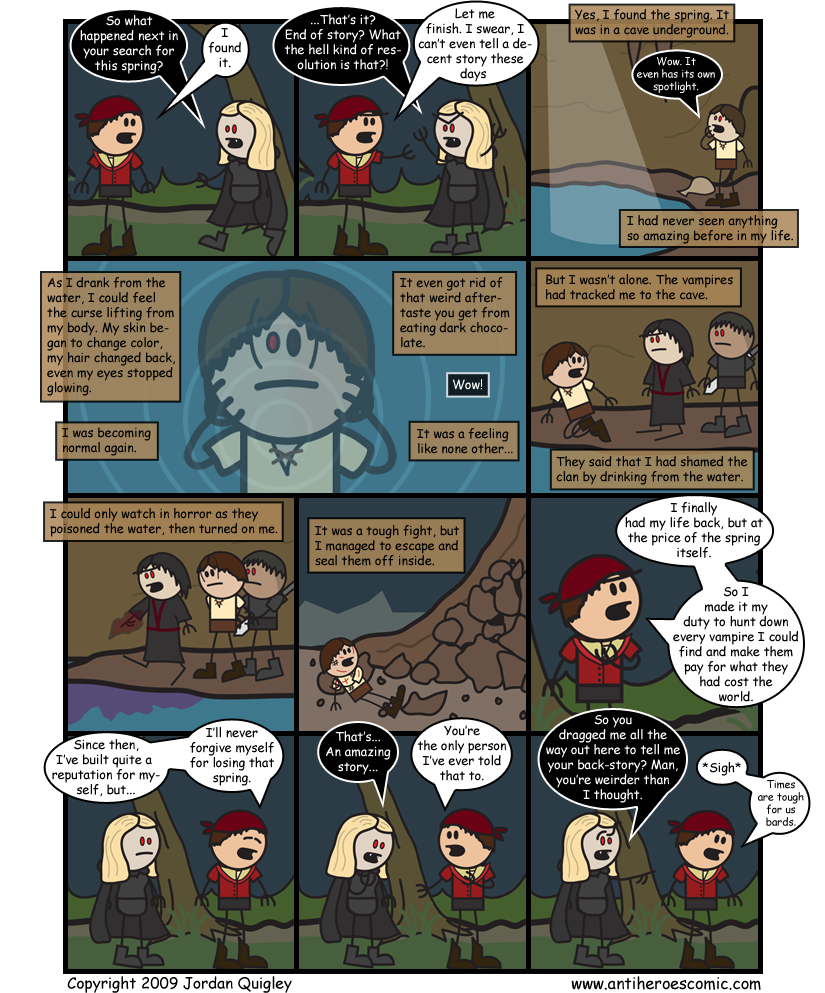 So a lot of people guessed about what the Easter egg in the last issue was, but I'll put the debate to rest and say: It was the second map. Not the one from the close-up, but the one next to it. It was a map of the world that I ran my (short-lived) campaign in. However, I'm surprised that so many people managed to pick apart the comic as much as they could.

In any event, here's the rest of Laris' story, as promised. Tune in Saturday for the thrilling continuation!